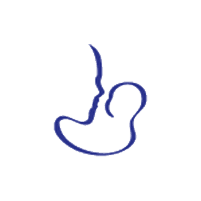 If you're experiencing heavier periods than usual or their frequency changes, the chances are there's nothing seriously amiss. However, you should go for a checkup at Dekalb Women's Specialists to make sure. At their locations in Lithonia, Decatur, and Stone Mountain, Georgia, the team can diagnose the cause of your abnormal bleeding and find solutions for your condition. Call the office nearest you to schedule a consultation or book an appointment online today.

What is abnormal bleeding?

Abnormal bleeding is irregular bleeding from your uterus that lasts longer or is heavier than your usual periods. Bleeding in between periods would also be considered unusual.

If you start bleeding during pregnancy, that's a different problem. You should contact Dekalb Women's Specialists immediately if you're pregnant and have any amount of vaginal bleeding.

How do I know if I have abnormal bleeding?

You can identify clinically abnormal bleeding if it fits certain criteria. For instance, periods typically last for 4-6 days, so if yours is lasting seven days or more, that's a sign of abnormality.

An adult woman's menstrual cycle should last between 21 and 35 days, while a teen girl's could last up to 45 days. If your cycle is taking longer than 35 days (for women) or 45 days (for teens), or you're menstruating more often than every 21 days, you can consider your bleeding to be abnormal.

A third abnormality is bleeding heavily when you have a period. If your normal sanitary pads or tampons soak through in an hour, and this continues for two hours or more, that qualifies as heavy bleeding.

How is abnormal bleeding treated?

The cause of your abnormal bleeding helps determine the treatment the Dekalb Women's Specialists team recommends.

Some possible treatments for abnormal bleeding include:

Using birth control pills can often reduce abnormal bleeding, regulate your menstrual cycle, and reduce the discomfort and cramping abnormal bleeding can cause. Your provider might prescribe a progestin-only pill or a combined pill (progestin with estrogen).

Alternatively, you could use a hormonal intrauterine device (IUD). This is a form of long-term birth control that releases a progesterone-like hormone into your uterus.

Hysteroscopy is a minimally invasive procedure for removing uterine fibroids and polyps that may be causing abnormal bleeding.

Endometrial ablation involves removing the lining of your uterus, called the endometrium. This is an effective way to reduce abnormal bleeding which is only appropriate for women who have completed their families, because you shouldn’t get pregnant after the procedure.

Severe, long-term bleeding that doesn't respond to any other treatment might require a hysterectomy to remove the uterus. This stops bleeding altogether, but you would no longer be able to have children.