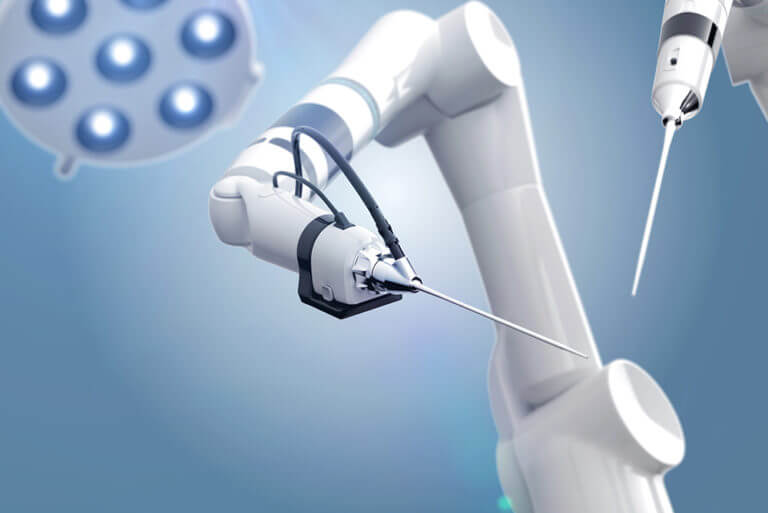 Robot surgical systems may sound like something straight out of science fiction, but in fact, these cutting-edge systems have been around for more than two decades — with the da Vinci® Surgical System leading the way. Since receiving FDA approval in 2000, the da Vinci Surgical System has revolutionized many types of surgery, including gynecological procedures, helping patients achieve optimal outcomes with fewer risks and “side effects.” Dekalb Women’s Specialists is a top provider of da Vinci robot-assisted surgeries, helping women in and around Decatur, Lithonia, and Stone Mountain, Georgia, get the care they need for optimal health.

No, robots don’t perform the surgery

The da Vinci system is a robot-assisted system, which means your surgeon is still “in charge” of your procedure. Instead, the robot-assisted device makes it possible to use smaller and more precise incisions, as well as performing some of the more intricate aspects of surgery. For patients, that kind of precision means less bleeding and tissue trauma, fewer surgery-associated risks, more predictable outcomes, and faster and more comfortable recovery time.

Endometriosis occurs when uterine tissue grows in areas outside the uterus, including the uterine wall, intestines, and other locations. These growths are called implants. Women who have endometriosis can have considerable pain, along with other symptoms. The da Vinci system allows your surgeon to perform very precise movements necessary for complete removal of implants without damaging surrounding tissues.

Hysterectomy — surgical removal of the uterus — is performed for different reasons. Some women have a hysterectomy to eliminate pelvic pain, very heavy bleeding, or symptomatic fibroids. Other times, a hysterectomy is performed to remove cancerous tumors. Depending on why you need a hysterectomy, we may remove only the uterus, or we may also remove the ovaries and fallopian tubes or the cervix.

While traditional hysterectomy uses a long abdominal incision, a hysterectomy using the da Vinci system uses a much smaller incision — more like a puncture than an actual incision — for faster healing and greater comfort postoperatively. Incisions may even be placed inside the belly button, hiding the tiny wound from site.

The da Vinci system can also be used to remove symptomatic uterine fibroids, a procedure called a myomectomy. This surgery preserves your uterus while eliminating fibroids that may be causing pain or bleeding, or that may interfere with a future pregnancy. Because of its advanced precision techniques, the da Vinci system involves less tissue damage, allowing for faster healing compared to traditional fibroid removal surgery.

In prolapse, your bladder, uterus, or rectum “drops” from its normal position and protrudes into the vaginal canal. Prolapse affects about 3% of American women, and it’s more common among older women and among women who’ve had a prior hysterectomy or multiple vaginal births. The da Vinci system is used to help restore support for the pelvic organs to preserve their normal positions and prevent painful symptoms.

State-of-the-art care for your optimal health

Many gynecological issues don’t require surgery. But when surgery is the best option, you want to be sure your procedure uses the most advanced techniques to help ensure the best outcomes.

At Dekalb Women’s Specialists, we make sure our patients receive the most appropriate care based on their unique needs for every age and every stage of life. Plus, with three locations to serve you, we make getting care simple and convenient. To schedule a consultation or evaluation at our Decatur, Lithonia, or Stone Mountain location, give us a call and book an appointment today. We also offer telehealth visits!